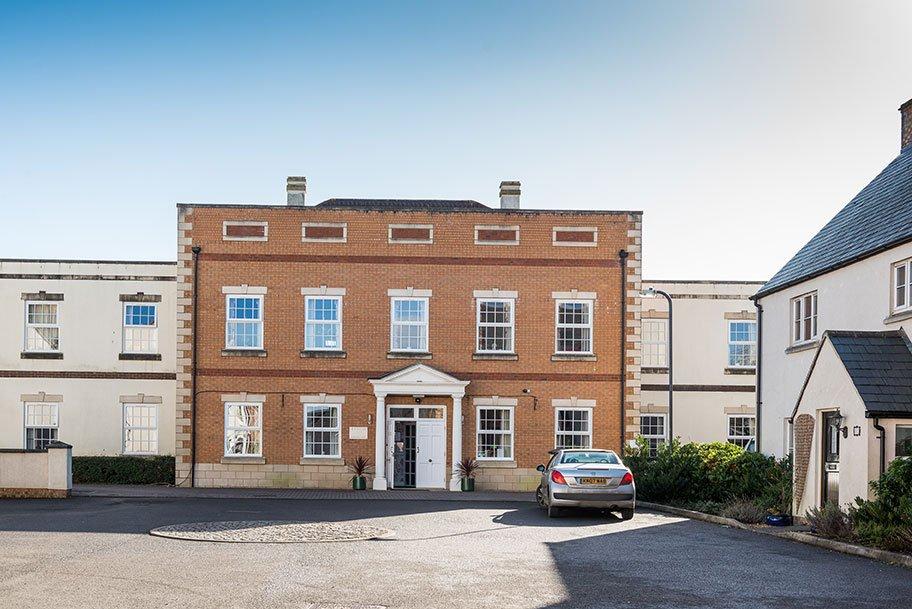 Beech House is a modern and impressive purpose-built home in a small, select and quiet residential area on the land formerly occupied by Thornbury Hospital. Beech House is situated in the heart of the community in Thornbury, Bristol, South Gloucestershire. It is hidden away at the end of a cul-de-sac but still, only 5 minutes drive to the charming market town’s high street which is home to many local independent shops and amenities.

Prowse Close is named after the Prowse family who provided health care in Thornbury for 77 years between 1925 and 2002. The family all of who were doctors; Dr David Prowse, his wide Dr Dorothy Prowse, their son Dr Roger Prowse and their two daughters Dr Alison and dr Hilary Prowse lived at Wigmore House on Castle Street, just 2 minutes away from Beech house, right up until 2011.

Beech House’s large impressive facade has been built with a regal Georgian style property in mind and it first opened its doors in 2000. The property has lots of large windows on every side of the property giving it a light and airy feel inside. The pillars to either side of the entrance door make it feel very secure as well as homely as you enter the welcoming reception area.

The gardens at Beech House are truly amazing and won ‘Bristol in Bloom Award-winning Garden’ in 2017. They are exceptionally well looked after and the large and beautiful lawn areas are meticulously cared for. There is a vegetable plot in the garden for the residents to potter about in if this is their thing, or they can just sit and enjoy the fresh air, beautiful flowers and plants on their own, with other residents or with the staff, whatever their preference is. There is plenty of outside seating for both residents and their loved ones to enjoy the grounds with birdbaths and plant pots full of seasonal flowers and plants. The orangery style room at the back of the property has windows and doors to all 3 sides, offering a warm room where residents can still enjoy the view of the gardens in the cooler months.

The large impressive home has 52 individual bedrooms, made up of 49 single rooms and 3 resident rooms which can be shared. There are ground and 1st-floor bedrooms with a modern lift for ease of access to each one. Every room has a contemporary decor with a warm and homely feel and if you have a special piece of furniture that you want to bring with you then this can be accommodated in your bedroom. We want everyone to feel at home with us and we encourage residents to bring their own things so they know their bedroom is their safe haven and a feeling of independence. All of the bedrooms at Beech House are light and spacious and each one has an ensuite WC and a state-of-the-art en-suite shower. They all have internet access, as well as a television and phone point so you can keep in touch with your family and friends whenever you want to.

The corridors, lounges and dining areas in Beech house are all spacious to allow for wheelchair access. They are all light and airy and have a smart, contemporary and homely atmosphere.

The Bristol Care Homes social manager arranges a varied range of stimulating activities to suit everyone across each of their homes, including day trips, music, art, gardening and much more. Both the residents and staff at Beech House love the family and social feel there is within the home and love it when new residents move in.

All of the meals and snacks are freshly prepared at Beech House by their own qualified Chef who creates delicious and nutritious varied meals every day to suit every dietary and medical need. Mealtimes are very much a social time at Beech House, however, we understand that there may be times when you want to eat in your own room which is absolutely fine.

We also have our own resident’s kitchenette and this enables everyone to make their own hot drinks and snacks whenever they want to and to maintain their independence.

Beech House in Thornbury caters for both care home and nursing home residents and is registered for the following care categories:

Other Care Provided at Beech House

Beech House is located on the north side of Thornbury, just off the Gloucester Road, approximately half a mile from the town centre and next to Thornbury Health Centre.

Both the T1 and T2 ‘first bus’ run from Bristol city centre to Thornbury Health Centre (a 1 or 2-minute walk from Beech House).

There is evidence of human activity in the Thornbury area in the Neolithic and Bronze Ages, but evidence of the Roman presence is limited to the Thornbury hoard, of 11,460 Roman coins dating from AD 260–348, found in 2004 during the digging for a fishpond. The earliest documentary evidence of a village at “Thornbyrig” dates from the end of the 9th century. The Domesday Book noted a manor of “Turneberie” belonging to William the Conqueror’s consort, Matilda of Flanders, with 104 residents.

St Mary’s Church, begun in the 12th century with later additions, is the oldest surviving building. The town charter was granted in 1252 by Richard de Clare, Earl of Gloucester and lord of the manor of Thornbury. (The charter’s 750th anniversary in 2002 was celebrated with a “750” flowerbed planted in Grovesend Road.) The town grew around the site of its cattle market. Thornbury lost its status as a borough in 19th-century local-government reforms, but in 1974 the parish council exercised its new right to designate itself a town council.

The ancient parish covered an area extending to the River Severn, including the detached area of Rangeworthy until 1866 when this became a separate civil parish. In 1894 the western part of Thornbury was detached to form the civil parish of Oldbury-on-Severn and the eastern part to create that of Falfield.

Thornbury held a market in the high street and the market hall. This closed in the late 1990s and was partly replaced by a smaller one in a car park near the United Reformed Church. The older site has been redeveloped as a community centre called “Turnberrie’s”; the older community centre, at the Chantry in Castle Street, remains in active use. The old market hall is now a restaurant.

Thornbury’s coat of arms combines the arms of four families important to its history: the Attwells – Howard, Clare and Stafford. John Attwells bequeathed £499.99 for the establishment of a free school that merged with the grammar school in 1879. Their arms were later adopted as the badge for the grammar school. The other three families held the manor at Thornbury over several centuries, with the Latin motto Decus Sabrinae Vallis (Jewel of the Severn Vale).

For more information on Bristol Care Homes’ residential care home in Thornbury or to download a brochure please visit www.bristolcarehomes.co.uk/our-homes/quarry-house

Funding care for the elderly 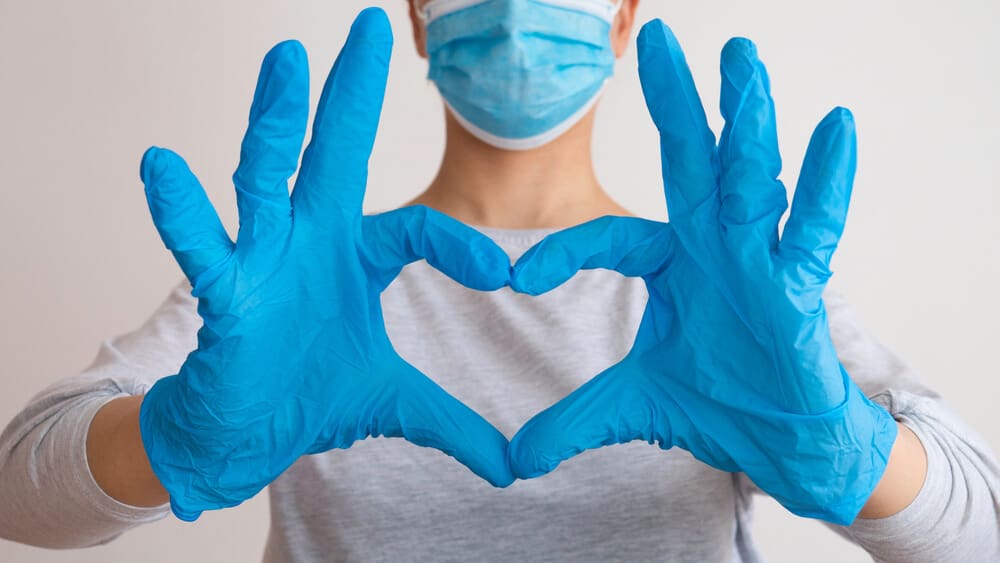 Nursing Care FAQ from Bristol Care Homes Moving your loved one into a care or nursing home, or finding good nursing care is never easy, and we understand that you may have a lot of questions that you want to be answered before making any decisions. In Bristol, finding...

END_OF_DOCUMENT_TOKEN_TO_BE_REPLACED 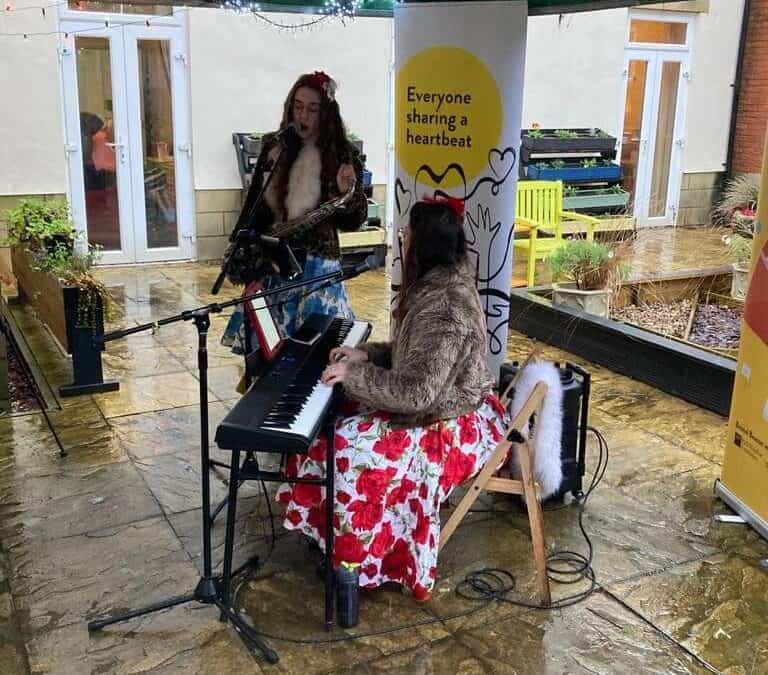 Musicians Bring (Socially Distanced) Christmas Cheer to Care Home Residents This week we have had some outside entertainment for our residents.  These lovely two musicians, Tara and Ella, who make up the duo, Ruby Two Shoes are coming to each of our homes to provide...